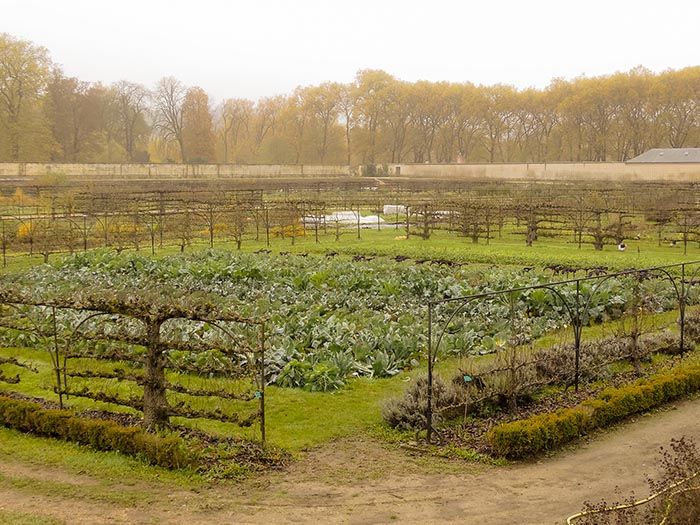 Every professional of tourism knows Versailles castle and gardens. But the royal city has much more to offer …

With the Versailles Trianon Palace Hotel, France Luxury Tour is proud to have welcome in Paris 30 Virtuoso travel agencies for an original discovery of Versailles including Le Potager du Roi, the Royal vegetable garden created for Louis XIV, and also a privileged gastronomic experience at Trianon Palace Hotel, the elegant Waldorf-Astoria hotel of Versailles which was hosting the chairmen of these exclusive travel agencies.

The Potager du Roi was initially created to provide fruits and vegetables for the pleasure of the Sun King, meaning that the royal Court wasn’t fed by this exceptional garden but only the king and his children!

The fame quickly spread through Europe as Louis XIV’s kitchen garden was providing him strawberries, figs, and asparagus out of its traditional season schedule. The Sun King was also fond of peas which pushed the gardeners to be very inventive in order to ensure a regular production to serve the king. Louis was so attached to his vegetable garden that he ennobled his chief gardener Jean-Baptiste La Quintinie whose statue is still watching today over the gardens. When La Quintinie died, the king told his widow: "Madam, we have made a great loss that we will never be able to repair ».

During two hundred years, the success of the Potager du Roi increased with the gardeners’ technical reputation. Nowadays, the vegetable garden of Versailles castle is still called Le Potager du Roi with two principal purposes : to maintain a quality way of gardening, learned with La Quintinie and his successors, and to provide a high level of technics through the permanent research planned in collaboration with the National School of Landscape Architecture hosted in the estate.

is royal vegetable garden produces every year 30 tons of fruit and 20 tons of vegetables, the daily production can be bought on the site! At the end of our private visit, Antoine Jacobsohn, in charge of the Potager du Roi, offered fresh cut zucchinis to Frédéric Larquemin, the new executive chef of Gordon Ramsay’s Michelin star restaurant at Trianon Palace hotel. This time, our Virtuoso agencies hosts will participate in cooking the exquisite lunch prepared by Frédéric and his team.