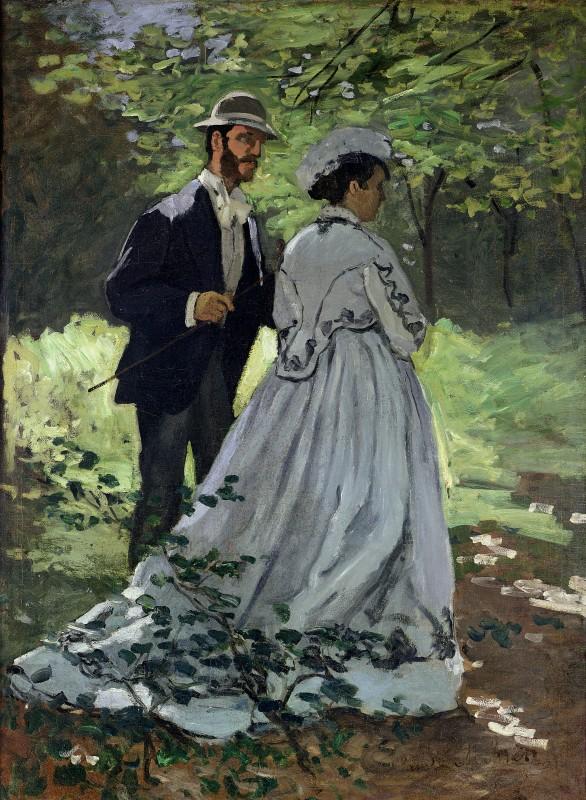 The Beaches of Normandy are tragically known for the D day

where mainly the American, Canadian, and Britannic troops landed for our safety and liberty. It's crucial not to forget, especially at this time, when a lot of people in the world think that authoritarianism is better than democracy!

We, of course, can do this pilgrim in one-day trips from Paris. It's a pity as we have no time to see the beauty of Normandy that has been painted by so many renowned painter. The light changing during the day is something that always inspired them. To view it, we need more than one day and need to have the time to observe.

I fully understand that we sometimes have only a few days, but perhaps we can consider not running and choosing to visit only Normandy and take time to discover it fully, without stress and long road !

As the most famous impressionist painter  born in Normandy is Monet; We can follow his path.

First, we can visit Giverny and their famous gardens. It's only one hour from Paris . After the visit, we can drive to Rouen, with his incredibly Catedral, wich inspired Monet 30 canvases but also because of his middle age history; Joan of Arc was burnt there. 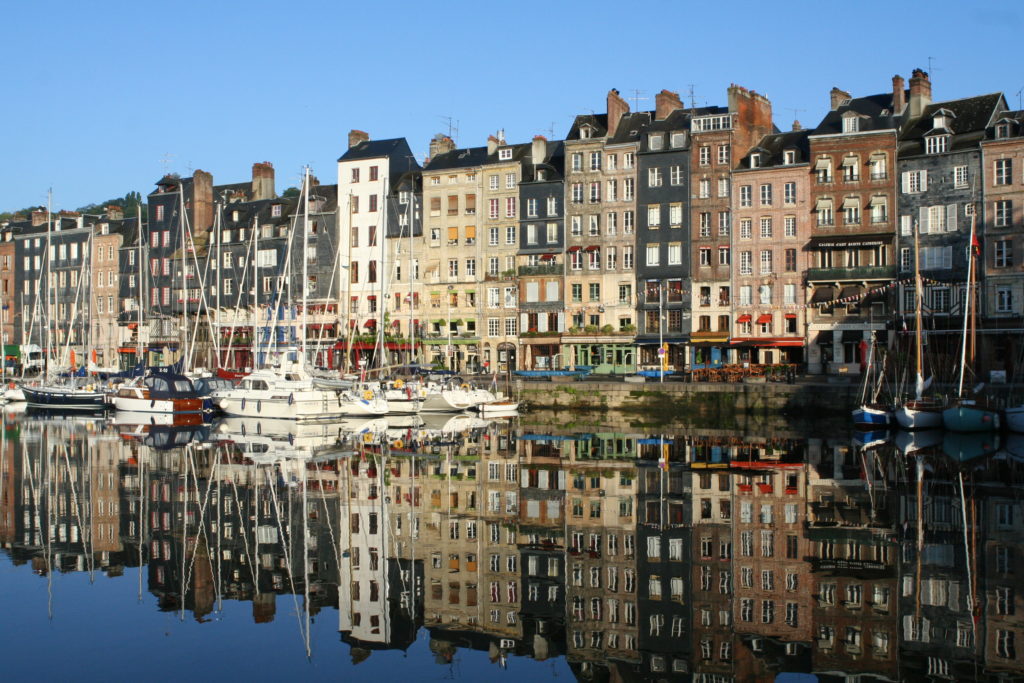 After Rouen, direction Honfleur, with its old port surrounded by houses of the 17th and 18th centuries. The famous church Sainte Catherine declared a historical monument in 1879; it has attracted the attention of many archaeologists and historians due to its atypical appearance. It is indeed the largest wooden church in France with a separate bell tower.

Lights are so characteristic that it inspired generations of painters from the beginning of the 19th century, including Turner, Corot, Daubigny, Boudin. Monet made many stays there. Keen on Music will visit the Erik Satie house. He used to say 'painter taught me better music than musicians."

Continue our journey in Le Havre and the Etretat Falaise. The painting Impression, Sunrise was painted in Le Havre. The port Monet knew and where he was born doesn't exist anymore ;

Razed in 1944, Le Havre was rebuilt by Auguste Perret, the Master of Le Corbusier. The city is declared a Unesco world heritage site.

The white chalk cliffs and pebble beaches of Etretat is a spectacle not to be missed.

Let Le Havre behind us and following the Coast Fleurie to arrive in Deauville/ Trouville; also one of the places often paint by impressionist, Deauville was the belle epoque trendy place and internationally known for the American film festival 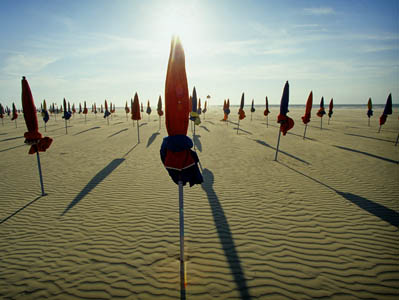 End your journey by a stop in Caen. An exhibit of impressionism the ardent city: three sections (landscape, people, social history) emphasize the attention paid by open-air painters to the economic, political, and social transformations of their era, from memories of the events of the Paris Commune to the eve of the First World War.

Not leave Normandy, if you don't have been before by visiting the Memorial of Caen about D day beaches Landed and the American visitors center of The American Colleville cemetery.

ROUEN . Hôtel de Bourgthéroulde 5 * A 15th-century buildings in the historic center of Rouen with its 700M² spa and indoor swimming pool. (hotel managed by the group Mariott! )