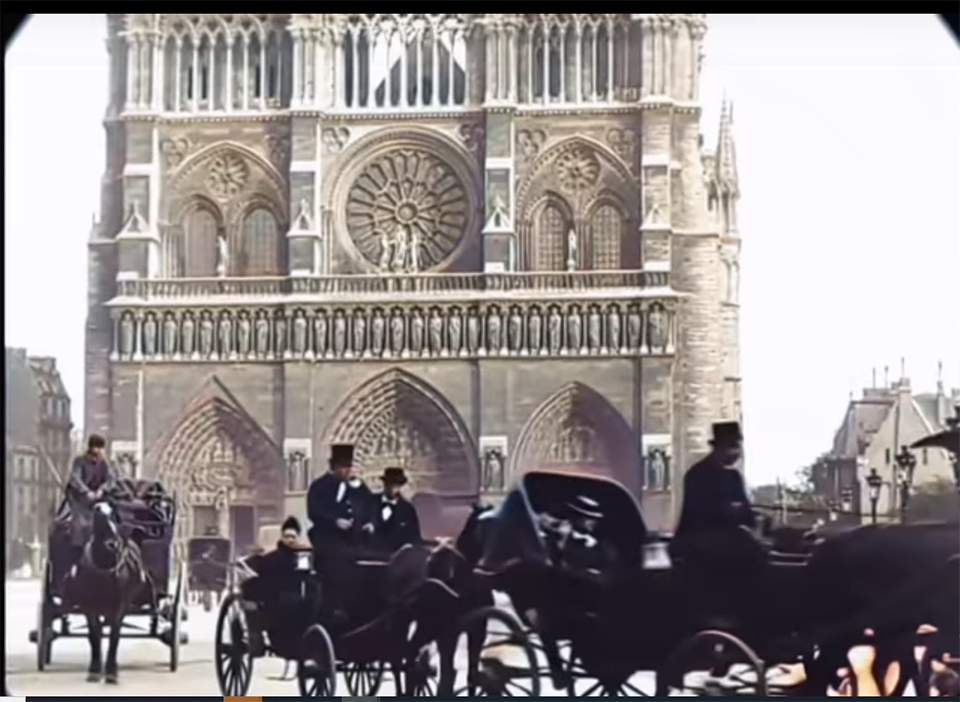 Welcome to the Paris of the Belle Époque!

No engine noises, no unwanted horns. But some hoofs clattering, a slight hubbub and some ringing of doorbells from time to time. Where elegant hitches go up the avenue des Champs-Élysées while stealth cyclists squint between horse dung – another time, another pollution – where stout passers-by (curious in front of the camera) rush to the World Fair to borrow its famous «treadmill», where boys in sailor’s suits put in the water small sailboats rented for 2 cents (tradition that has not taken a wrinkle), where passers-by stroll through Place de la Concorde…

With a bluffing natural, these images restore the carefree atmosphere of the capital, between 1896 and 1900. A past resurrected thanks to the pioneering recordings of the company of the Lumière brothers, combined with the contemporary wonders of artificial intelligence.

Denis Shiryaev, developer and passionate youtubeur, used software (Topaz Gigapixel AI) that recreates missing pixels of low definition images to improve sharpness. To do this, the algorithm learns what details are usually lost, comparing thousands of pairs of photographs.

Another step that has made these scenes so familiar is the change from 12 frames per second to 60, thanks to a software called DAIN, which generates additional planes. To perfect the illusion, the whole was colorized, by algorithm there too.

Originally silent, the films are synchronized with a completely recreated soundtrack. But this time, we owe it to a human intelligence: that of Guy Jones, specialized in amateur restoration of ancient films.